The political Messiah is falling. What will save him? 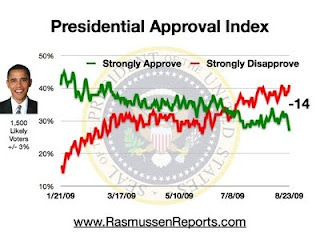 With Obama's approval ratings dropping, should the American people start questioning which catastrophic event will help bolster the citizen's support? 9/11 sure helped Dubya (up to 90% approval in Oct of 2001), what will save this presidential Savior?
Posted by Shiloh Logan at 7:32 PM No comments:

Obamacare is Dead: Romney is Our New Savior?

Forgive me for this surge of unprofessional emotionalism to say bluntly: This absolutely disgusts me in ways I find unfathomable and humanly impossible.

For the last several years I have touched occasionally on the subject of Romneycare and its evolution from a Massachusetts' law to national implementation. As Governor of Massachusetts, Mitt Romney was the brainchild behind one of the most liberty and freedom destroying pieces of legislation ever enacted: Mandatory Health Insurance. As this CNN article states, Romney's plan mandates that "people in the state are required to buy private insurance, and the poor get subsidies". Seriously? This is the conservative answer to socialism? Coercion and more justified socialism? The "socialist" system already subsidized the poor -- all Romney's plan effectively does is mandate and coerce those who can afford insurance to get it. Simply adding a little fascism to the mix does not kill socialism. His justification behind this: We do not consider it bad to mandate auto insurance, why should we feel unjustified in legally requiring everyone to have health insurance? Mr. Romney, I am not a car! I can choose not to drive, and therefore I can choose not to have auto insurance. I cannot, however, choose not to live! How is this possible in the land of the free? How is it that the state can make my very existence and life illegal unless I come into compliance with the laws of man (D&C 98:7)? How is this freedom? How is this liberty? This is disgusting!

It didn't take much to forecast the following before it happened...

So, here came the Holy Messiah "Obama". He came with a message of a "one-payer" health system that would start as a "public-option". In other words, the government would create its own health-care branch for people to buy as they would their own corporate and private insurance company -- or so he said. For the last two months, the media has blitzed the message of "socialism" and "fascism" everywhere! The media has reported on irate town-hall meetings where masses of Americans turned out to demonstrate and exercise their "American-ness" upon their elected Representatives. Finally, it appears all of this exercising has been worthwhile: Obamacare is quite nearly finished. Talks of completely dropping the public-option and starting over have already begun, as the White House gives a half-rate performance to fight for a seemingly lost cause.

With the "Holy One" now dropping in favor points among his sheeple, it wasn't hard to know that Romney was a step around the corner. Romney is already the media's GOP angel and one of the most -- if not the most -- quoted "conservative" leaders in writing op-ed pieces meant for the President. I'm sure the president is grateful and could not have gotten on without Mitt's counsel; however, considering the Massachusetts' law has not yet proven itself successful, but is actually showing severe signs of decay, I do a see a little hypocrisy in the pot calling the kettle black here (no pun intended).

Proven conservative organizations, such as the Cato Institute, have written concerning the folly of Romneycare for its obvious tax on the Middle-class.

Romneycare was a national plan from the beginning. The fact that the GOP was crystal clear that Romneycare in Massachusetts was meant as the national "conservative answer" to the liberal-socialist mess makes me ill. The fact that the GOP used Massachusetts' citizens as its guinea pig makes me sick. That being said, the national-level implementation will not completely replicate the Massachusetts' plan -- it is actually more intrusive. As Romney's team stated during his run for president: "'He would have greater powers in the White House' than he did as Govenor".

The promotion for Romneycare went something like this: Since socialism forces everyone to take care of one person, then it is more just to force the individual to provide for himself. Americans typically hate socialism because it represents lost freedom and coercion. Ironically, the conservative movement today believes that coercion and lost freedom is better than socialism.

If I remember correctly, America was founded by men who suffered if they refused to work, and communities that would rally around them willingly if they were physically incapable of doing so. Those who founded our country -- early settlers and American founders -- didn't have the luxury of unemployment, social security, medicare, medicaid, or the other thousand socialist programs instituted by our government that are now considered "rights". They worked, or they went without. In a natural state of existence -- that is, in a state of liberty and freedom -- what coercion does a man need to govern himself and retain his own accountability? It is wholly unnecessary! Man, if left alone, is naturally required to take responsibility for himself. It does not take the tyrannical arm of government to force him -- this is merely despotic usurpation under a democratic oligarchy.

The sudden shift in political tides was planned from the beginning. For Obamacare to phase out so perfectly and quickly as Romney enters so smoothly with his plan that fits into every little crack and nuance of Obama's purported plan is beyond coincidence. For as bad as Obamacare is to this nation -- and make no mistake that it would be excessively destructive -- Romneycare is just as heinous to American freedom, liberty, and prosperity.

I, as Jefferson, tremble for my country when I reflect on the justice of God, and that his justice cannot sleep forever. To coerce and destroy liberty on God's promised land will have very quick and harsh consequences (2 Ne 1:9-11). Even worse, the eternal consequences of supporting such liberty and freedom destroying ideologies, we have already been told, will have many seeking for mercy in a day when mercy has passed them by; indeed, the day of mercy will pass by many (Mormon 2:15).

Man is to live according to the principles of freedom, accountability, responsibility, and self-government; however, it is an ignorant man that lives in fear of these principles by believing they only exist in the vacuum of force and coercion.

May we all stand up for principle against what the world will argue is "practical".

May we all care only what the Lord thinks, and turn over to him our own selfish understandings in humility and supplication.

May we all be wise to fight freedom and liberty destroying legislation, and that we can all determine and distinguish the face of a Saint from an enemy to the Children of God.

Surely, as his own actions have proven, Romney is no friend to liberty.
Posted by Shiloh Logan at 9:46 AM 3 comments:

Freedom of Speech: Not So "Unalienable" After All...

When you have to ask the government permission to act in your "unalienable right", there is something wrong.
Posted by Shiloh Logan at 6:00 PM No comments: