The Proper Role of Government: Analysis of Locke and Benson

This paper presents the arguments given by John Locke and Ezra Taft Benson for what constitutes the proper role of government. Locke asserts a primary state of nature wherein all men are at perfect liberty to act according to the laws of nature, and that it is government’s responsibility outside the state of nature to maintain the principle of life, liberty, and property. Benson agrees with Locke and promotes the ideals of Frederic Bastiat that explicate the necessary principle of individual rights and duties wherein all government power originates. This paper will show the harmony of Locke’s ideals with those held by Benson, and will also present a short critique and response to the concept of a principled based government.

Government Power and Its Proper Role 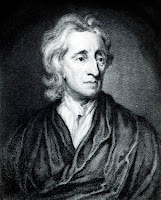 There are several powers that Locke argues belong to government. It is first stipulated that all positive law must first gain authority in natural law (2nd Treatise §134). Government is created to secure to the individual his own property (2nd Treatise §124), and it is within the power of government to establish laws that regulate the property “between the subjects one amongst another”; in addition, government has the power to lay taxes to function within the duty that the individual has delegated to it (2nd Treatise §139). Government is also given power and authority to rule in matters of offense and to address injuries, and to legitimately punish the offender for crimes committed against another (2nd Treatise §87, 88). Negatively, government cannot assume a power unto itself, but it must always gain its power from the people (2nd Treatise §136).

The beginning of Locke’s government is in a state of nature where “every man hath a right to punish the offender, and be executioner of the law” (2nd Treatise §8). Every man exists fully within his rights and may do as he pleases, although he does not have the license to destroy himself (2nd Treatise §6). Man is then at natural liberty to establish the bounds of society, “by agreeing with other men to join and unite into a community, for their comfortable, safe, and peaceable living one amongst another” (2nd Treatise §95). This men do in order to “secure enjoyment of their properties, and a greater security against any that are not of it” (2nd Treatise §95). Because man is not able to destroy himself, he is then incapable of allowing society to destroy the individual – society being made of individuals. As Locke states, “any number of men may [establish society], because it injures not the freedom of the rest; they are left as they were in the liberty of the state of nature” (2nd Treatise §95). In other words, the establishment of government should not restrict the liberty found in the state of nature.

Ezra Taft Benson and The Proper Role of Government 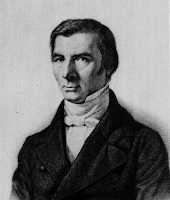 While holding a very Lockean concept of government, Benson actually quotes more from Fredric Bastiat’s The Law than he does from Locke’s Treatise. Benson’s fundamental principle of law holds the concept expressed by Bastiat that “life, liberty, and property do not exist because men have made laws. On the contrary, it was the fact that life, liberty and property existed beforehand that caused men to make laws in the first place” (Bastiat 2). To Benson, government is a creation of man that was built to secure the eternal and natural right of life, liberty, and property – the same basic belief held by Locke.

Benson further elaborates that government has no power but what the people may delegate to it. As Benson expressed,

The important thing to keep in mind is that the people who have created their government can give to that government only such powers as they, themselves, have in the first place. Obviously, they cannot give that which they do not possess. So, the question boils down to this. What powers properly belong to each and every person in the absence of and prior to the establishment of any organized governmental form? A hypothetical question? Yes, indeed! But, it is a question which is vital to an understanding of the principles which underlie the proper function of government (Benson 130).

To Benson, government is nothing but a delegation of duties from the individual to government. If the individual may not act personally in a particular instance, then he has no ability to grant that power for government to act in his stead. This appears to be what Thomas Paine had in mind as well,

"All power exercised over a nation, must have some beginning. It must be either delegated, or assumed. There are no other sources. All delegated power is trust, and all assumed power is usurpation. Time does not alter the nature and quality of either...

"Government is not a trade which any man or body of men has a right to set up and exercise for his own emolument, but is altogether a trust, in right of those by whom that trust is delegated, and by whom it is always resumable. It has of itself no rights; they are altogether duties" (Paine 285, 289).

Locke, Paine, Bastiat, and Benson appear to have the same overall concept. Namely, that government is a creation of man necessary to protect life, liberty, a property. As Benson says, “the most important single function of government is to secure the rights and freedoms of individual citizens” (Benson 126). Any actions committed beyond these duties and functions in protecting natural rights constitute usurpation and tyranny. The government cannot take from one person to allocate wealth to another, because – at the basic individual level – an individual has no power to take of his neighbor’s excess of goods to redistribute them to someone in need . As such, the individual cannot then grant to government a duty he does not himself possess.

Locke accepts revolution on specific grounds. Whenever government “attempts, exercising a power the people never put into their hands (who can never be supposed to consent, that any body should rule over them for their harm) do that which they have no a right to do,” then there are no “positive laws of men” that can make “a man so to abandon himself, as to neglect his own preservation” (2nd Treatise §168). Simply stated, once government has acted outside of its constituted bounds, the people are no longer required to abide by a positive law that violates their life, liberty, or property. However, people typically suffer the abuses of government beyond a single instance of usurpation. Generally speaking, the people must suffer substantial abuse before a revolution is a viable possibility.

Thomas Jefferson wrote in the Declaration of Independence that,

"all experience hath shewn that mankind are more disposed to suffer, while evils are sufferable than to right themselves by abolishing the forms to which they are accustomed. But when a long train of abuses and usurpations, pursuing invariably the same Object evinces a design to reduce them under absolute Despotism, it is their right, it is their duty, to throw off such Government, and to provide new Guards for their future security."

This is a very Lockean concept of revolution. The individual is apt to bear the wrongs of government for a long while, before he ever attempts revolution. As Locke says, “revolutions happen not upon every little mismanagement in public affairs” but after a “long train of abuses, prevarications, and artifices” that have secured in the public mind any hope of ever changing government’s usurping and tyrannical course (2nd Treatise §225). In short, when government is recognized by the public at large to fail in its function to fulfill its ultimate duty of protecting the individual’s property, then revolution is appropriate.

Legal positivists reject this principle theory presented by Locke and Benson. Political theorists like H.L.A. Hart argue that there is no ethereal moral compass or principle wherein we should adhere to when establishing government or passing laws, but that basic societal adherence to accepted rules under a legal system constitute legitimate government (Hart). Unlike the principle of inherent and inalienable rights in natural law, legal positivism posits that individual rights are only what society accepts through scripted and codified law. So long as society accepts a law, it is legitimate – even if the end of the law violates the individual’s life, liberty, or property.

I personally adhere to the Lockean concept of government – as well as to Benson’s proper role of government. More than just social acceptance, a principled foundation is necessary to maintain equal justice under the law. In other words, positive law is not sufficient on its own and must adhere to a moral natural law. By this I mean that just law is not merely obtained through a majority’s consent and adherence to a legal mechanism, but through holding law to a principle and higher moral standard. As the naturalist Ronald Dworkin argued, relying solely on scripted law is fool-hardy, especially when the foundation of government rejects any moral principle to guide the ship-of-state through times when the law is ambiguous or unjust (Dworkin). Law must necessarily adhere to a principle. In Benson and Locke’s case, that principle is the protection of the natural and individual right to life, liberty, and property.

First time follower. ;-) Saw your brilliant comment on the angry "Mormon" democrat's site and wanted to give you a virtual standing ovation.

IF you decide to make that into a full blown post... I'd love to link directly to it. Voices like yours... NEED to be heard.